Way back in 2018 (when I started collecting Hot Wheels Cars), I wasn't aware of Error cars, Chaise cars and limited edition cars. They are of a great value to a collector and sometimes worth more than 10 times the original price.  I started researching on rare cars when I first encountered last year's Hot Wheels Premium Car Culture RWB Porsche 930. The one that I had did not have any tail-lights and there was no  "RWB decal" at the rear of the car. I noticed it after a month from the purchase date (I un-carded/removed packaging on the first day itself). I did realised this was a special/limited run/chaise car.

To put this in simple terms, it is a method of building toys in which melted liquid metal is pressed into a mould at high pressure.

The term "casting" refers to the mould used to create the respective Hot Wheels cars.

Carded cars are the cars which are not yet removed from their original Packaging. Un-carded simply means the opposite (still in its original package).

There are some collectors who never remove cars from cards, some remove them as soon as they lay their hands on them.

I usually collect both and keep some cars carded. If I really really like a car/or the card, I buy 2  cars and I keep one car as carded.

Since I am also collecting cards, I prefer buying my Hot Wheels in a Mint-card (excellent condition) . I do make exceptions for cars which are old.

Hot Wheels Mainline cars are those single cars, in scale of 1:64 that you generally find on retail stores. The mainline usually includes new castings well as older castings that have been updated with new colours or wheels or decals.

In terms of price range, they are the lowest in comparison to other series of cars released.

There are about 15 Hot Wheels cases/cardboard boxes released every year. They are labelled in alphabets, from A - Q and they contain 72 cars each. These boxes/cases generally look like this

One Super Treasure hunt is found in every tenth HotWheels Mainline case (that is one every 720 cars). The style varies for each Super Treasure Hunts, but generally they are have a unique paint (Spectra Flame) and rubber tires giving them more of a premium look in a  Mainline price.

Since 2013, the easiest way to know if the car is a Super Treasure Hunt is-
1.  locate a TH symbol on the car
2. Find a golden circle Fire/Flame symbol on card  (just beneath the car)

Regular treasure hunts have a circle Fire/Flame symbol, both on cars and card. Here is one of my Treasure Hunts from Last year

Starting this year, ID cars were added in some of the boxes/cases. ID Cars are the new Treasure cars and are usually priced at the same rate as other Super Treasure hunt cars in collectors market. At retail, they are sold for the same price as other mainline cars.

Hot Wheels Sells premium cars with rubber tyres and are usually priced at 400 ₹ (Indian Rupees as of May, 2020).  These cars usually have a superior paint, and run more smoothly on the surfaces compared to mainline cars.

A large part of Premium cars are replicas of cars from Movies, TV Shows and Pop-culture. The Premium cars also come in a premium packaging and the cards are much more thicker than regular mainline cars.

Chaise Cars are limited edition cars (usually sold by seller when you buy a complete set of a Hot Wheels Series Cars). The best example I could give here is the "Gazella GT Chase Car" from the "Hot Wheels 52nd Anniversary Perl and Chrome Set".  All the cars in set are painted with white and the metallic parts are painted in copper (Orange-ish Chrome). The chaise car is painted only with the metallic paint and not the white/perl paint.

The Chaise cars are unique in terms of design and usually stand-out when placed along with other cars in the respective set.

For instance, you can very easily tell the Full Chrome/Orangish body of "Gazella GT Chase Car" stands out and makes it an interesting Chaise Collectable.

Sometimes Hot Wheels encounters manufacturing defects like car being in opposite direction, missing paint/decal, mismatched wheels, missing wheels, missing parts, etc. As funny and weird it may sound, sometimes these error cars are worth much more than the MRP and there are some collectors who exclusively collect error cars.

The bellow car is a good example of an error car, the front wheels of the car is squished into the body of car.

Sometimes a car is wrongly packaged inside another car's packaging (Term used here would be a "card". For instance, in the below pic, both the cars are the same, but one on right is an incorrect card (and belongs to "Roger Doger car" and not "Bone Shaker"

Hot Wheels maintains a very high standard for production and  often times these error cars are fake-errors (not manufacturing defects). So, for error-car collectors, it is absolutely essential to know if the error is genuine or fake.

I recently scored an error car (the car is facing the opposite side) last year. I haven't yet un-carded it. The one on the left is an error car and the one on right is the correct, usual one.

A lot of collectors do not usually let their cars run on these stunts as they can have minor scratches while being played with.

A diorama is a scaled miniature representation of a scene/venue or an object. It is often built by hobbyists as part of related hobbies such as Hot Wheels/Die-cast Car Collectors, military vehicle modelling, miniature figure modelling, etc.

A couple of months back, I made my own parking lot diorama.

What good is a car if its just placed on the walls like a showroom and not played with dioramas or track-sets? 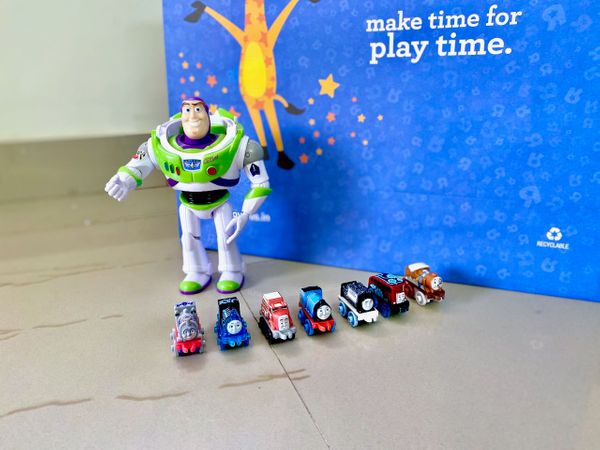 Credit: Toys“R”Us Facebook PageLast Week, Toys“R”Us celebrated their anniversary and they had some amazing deals (50% and more) on various toy brands. The customers got a 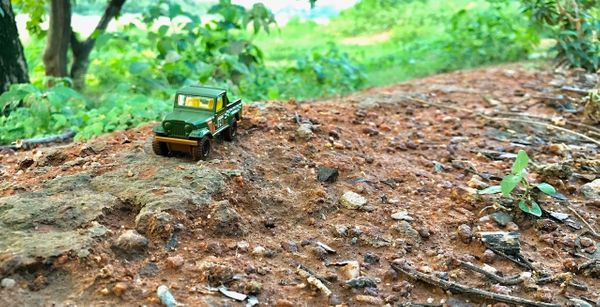